The diagnosis rate of Chlamydia infection has risen dramatically in Australia and it remains to be the most common and most frequently reported sexually transmitted infection which affects the young heterosexuals.

In Sydney, the Chlamydia rate has reached epidemic levels among young people as young as 12 years old. The rate of infection is recorded four times greater in remote areas where 81% of the reported cases are in the 15-24 age bracket. 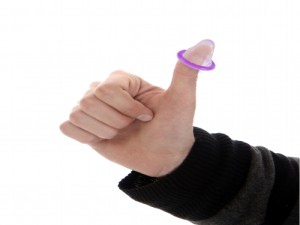 Chlamydia is easily treated with antibiotics but, in many cases, chlamydia causes only mild symptoms or no symptoms at all. Those who are infected may not even be aware that they have the infection and as a result, the infection can last for weeks or months before it’s discovered. Because there are no early symptoms, most people affected do not get treated until complications have emerged. Since up to 80% of chlamydia infections are asymptomatic, screening is the only effective way to detect the majority of cases and to provide treatment. A simple swab or urine test will determine if you have Chlamydia.

Because chlamydia is spread through sexual contact, the best way to prevent it is to abstain from having sex or by practicing safe sex. Condoms decrease the risk of STIs, including chlamydia. It’s also important to know that sexual contact with multiple partners or with someone with multiple partners increase the risk of contracting any sexually transmitted infection.

Once a young person becomes sexually active, it’s essential that he or she be screened yearly for chlamydia and other sexually transmitted infections. This is important whether symptoms of an infection are present or not. There are institutions in Sydney that offer free sexual health services to young people, especially those who can’t afford it.

The rise of STIs such as chlamydia in Sydney particularly with younger people is alarming. It’s really sad when you hear young people testing positive for sexually transmitted infections because they engage in unprotected sex. It’s important now more than ever that the safe sex message is conveyed at school and at home, and hopefully more young people realise the importance of practicing safe sex to prevent some serious health threats and to stop this cycle.